Born in 1981 in Poland. Graphic artist, filmmaker, animator with over 10 years of experience in concept design and creation. His first independent short "Paper World" was recognized by many international film & animation festivals. Besides the independent projects that he runs under ArtWay brand he provides his best skills and knowledge to various clients from film & game industry, working on such projects as:

- "Karski and the Lords of Humanity" film by Sławomir Grünberg

- "Call of Juarez: Bound in Blood" PC/XBOX/PS game by Techland/Ubisoft

He is passionate about animation. He also writes stories, plays guitar and composes music. 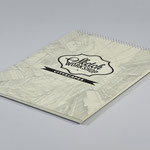 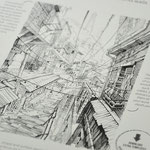 Gosia speaks fluently three languages English, German and Polish and she has basic Spanish skills. She is expert in project management and human resources and has over 10 years of experience in business processes modeling and customer care. Currently she works as Project Manager at Xerox and leads global implementation projects within HR, payroll & learning area.

At Art Way she supports production process and festival cycle of a film. Along with Wojtek she acts as Art Way representative during official events and manages relationship with clients abroad. Her passion are documentaries and animation. She co-wrote "Paper World" script.

She loves sun, sea & mountains and therefore you can find her in Barcelona where she currently lives.

Pawel Blaszczak (born 1971) is a soundtrack composer for videogames and movies. His first compositions were created on Commodore 64. Since 1997 he’s been composing videogame soundtracks professionally. His work includes music for Dying Light, Dead Island, Call of Juarez Trilogy, Chrome and Crime Cities. Together with Adam Skorupa, Pawel co-composed the widely acclaimed The Witcher OST with the IGN Award - Best Soundtrack 2007 - RPG Game among others. He is also credited with music for Platige Image’s award winning animations „The Ark” by Grzegorz Jonkajtys and „Cinematograph” by Tomasz Baginski. Pawel graduated from Wroclaw University of Economics with a degree in Journalism and Public Relations. He also studied composition privately under Andrzej Henryk Baczek, composer and music theorist. Currently Pawel works as Audio Director at Techland. He also participates in various other projects, co-composing music for EVE Online trailers and working on his own album based on the Commodore 64 audio style.

At Art Way he composes music as well as designs and directs audio effects. He was co-producer of "Paper World".